A sequel to "Sarah's Daughter," published by Gadd Books in 2010.

Weekly column, Berkshire Eagle
Weekly column that has appeared on the front of local news section of daily newspaper for 26 years, 52 weeks of the year, briefly moved inside in 2010 and is now back on the front.

A series of cookbooks
A series of small books focusing on the use of fresh herbs in various milieu.

No one talks much about gun suicides
RICHMOND
We’re not only killing random movie-goers, innocent elementary school students and young adult college students. We are killing ourselves. The mass shootings splatter all over newspaper front pages and television news, but the suicides appear in a quieter way: On the obit page.
It’s unlikely that the in-print last rites for a person will say that he shot himself. More likely, the phraseology will include “died at home” or “died unexpectedly at home.” And the end of the obit won’t ask for donations for all the diseases that might kill an adolescent male or a young adult male or a man in his 70s. Quite likely, if anything was wrong, if it wasn’t “natural causes,” the answer would be depression.
All of this is outlined in a story about a study done by the University of California, Davis. The alarming headline says 64 percent of gun deaths in the United States in 2012 were suicides. And most of them were white males.
Black males killed because of what the study calls “firearm violence” are usually victims of homicide, not suicide. The research indicates that 88.7 percent of all gun deaths among black males between 15 and 44 were homicides. In contrast, 89.2 percent of gun deaths among white males aged 35 to 64 were from suicide – and the number in that group is rising.
While the political world (and the National Rifle Association) talk a great deal about the role of mental illness in the nation’s increasing list of massacres, not everyone agrees. Garen J. Wintermute, director of the Violence Prevention Research Program at UC Davis, feels mental illness by itself is “not a leading contributor to interpersonal firearm violence.” But he’s quick to add that mental illness – depression – is a major risk factor for suicide.
Like it or not, these deaths that take place without front-page headlines are far more likely to result from mental illness, Wintermute thinks. Prevention of gun homicides and suicides, he says, means focusing on a number of risk factors, including abuse of alcohol and drugs, as well as mental illness. Intervention is one answer, and Wintermute expects researchers will continue to identify more triggers for gun violence.
Few people who seek more control of who buys a gun and of what kind they buy have any desire to eliminate guns from our world entirely. President Obama, even in his most recent pleas for action on gun sales, has never said we should get rid of them all. That is a myth perpetrated by the most irrational of the gun control opponents and can only be believed by folks who choose to think that what they want to be true is true, no matter what the facts are.
We have a grand gap in this country – on any number of issues – between the hard facts and the stuff that’s rumored. Norman Rockwell’s incredible painting of folks relaying a bit of gossip by telephone is clever, amusing and, in the end, shocking when the woman at the end of the line hears her story return to her – distorted, embroidered and a country mile away from whatever harmless bit she put into the phone.
Whether it’s suicide or homicide, the dragon in the room is how many guns are out there. It’s estimated that 50 million people in the United States own firearms, and with these suicide statistics in mind, it’s hard to deny that having guns enhances the risk of a member of one of those families – drunk, drugged or depressed – turning to a family gun for release.
We can’t give a sane test to all Americans. We can’t give a happy test, either. But we can change the sales setups, limit purchase of ammunition on the Internet and cut back on automatic weapons for civilians. We are way past high noon on this issue.
Ruth Bass doesn’t prohibit hunting on her Richmond hill. Her web site is www.ruthbass.com.

“Remember the ladies,” Abigail Adams wrote to her husband, who was in Philadelphia in 1776, straining with the labor pains of what would soon produce the birth of a nation. She knew he was one of the leaders in the effort to frame a firm and lasting set of rules for a brand-new country. And so, bold for her day, she wrote of politics to her husband.

John and Abigail Adams would have been in the top 10 of Most Interesting Couples of Our Time, if the early Americans had allowed themselves to indulge in such frivolities. They were devoted to each other, listened to each other, admired each other and had one of the new nation’s first commuter marriages. He was wrapped up in the creation of a government in Philadelphia, and she was ensconced in a house full of children surrounded by the Braintree farm she had to run, with responsibility for their second residence in Boston.

But they both took time to write letters to each other, long, thought –provoking, loving letters. As we nearly drown in the e-mail and texting era of instant answers, we have to admire these serious talks by letter and the long wait for an answer.

In any case, despite the enormous responsibilities of her daily life on the Adams farm in Braintree – or maybe because of them – Abigail found time to think and to write. As we slide from February’s busy-ness (hearts, snow, flowers, snow, presidents, snow, African-Americans, snow) into March, we focus on women’s history. And Abigail Adams is one of the stars of that history.

Not surprisingly, the remembering-ladies letter contained many of the same elements that my grandmothers wrote about in their weekly reports to family members. They sent the news of the day and the neighborhood. Thus, Abigail’s letter informed her husband that Becky Peck would not live out the day, that Isaac was confined with the mumps, that spring was in the air, that his nephew was having “convulsion fits” and that their children were “yet well,” despite the various ailments surrounding them.

But my grandmothers would never have presented their husbands with a collection of radical ideas. Ms. Adams urged her husband to give women the vote, arguing that the ladies would not be bound by laws in which they had no representation.

Calling men naturally tyrannical, she accused them of making vassals of women and asked that the idea of Master be changed to the concept of Friend in male/female relationships. She threatened that, if ignored, the ladies would “foment a rebellion.”

“I desire you would remember the ladies, and be more generous and favorable to them than your ancestors,” she wrote. Little did she dream how far ahead of her time she was and how long it would be before her suggestions were heeded.

John Adams’ answer to his wife mostly reflected the respect he had for her. He granted, in his answer, that she had made many good points, but he joshed about the idea that the ladies might revolt if ignored.

On the issue of equality, he was specific: “Depend upon it, we know better than to repeal our masculine systems. Although they are in full force, you know they are little more than theory ... in practice you know we are the subjects.” He goes on to say, after calling her “saucy,” that if men gave up their official role as masters, they would be subject to “the despotism of the petticoat.”

Abigail might be shocked at the survival of some gender-related inequalities. But the petticoats are gone.

Ruth Bass is author of two historical novels. Her web site is www.ruthbass.com.

Why did Sarah marry Silas? This book answers that question. It all starts when he finds her sobbing at a country fair and lends her a handkerchief. She refuses to give it back, says she's obligated to wash and iron it. And so it begins.

A SILVER MOON FOR ROSE

The joys and near tragedies of rural farm life are the focus of this third book in the Rose Hibbard series. She makes a decision about getting married, and her friendship with her former teacher becomes a major part of her life. Adventure, parties, accidents and growing up are all part of this final chapter in the series.

Rose, heroine of "Sarah's Daughter," faces many new decisions as she struggles with the separation of her family, now living in three different places. As her romantic interest in Newton grows, she is torn between that and her wish to be a teacher. Love, loss, friendship, family and the problems of 19th century women are all part of her growing up.

With the accidental death of her mother, 14-year-old Rose Hibbard is suddenly forced to act as an adult on her family’s 19th century New England farm, cooking, cleaning, raising her brother and sister, dealing with her father’s bottomless grief and going to school. A tale of love, hardship and a girl torn between childhood and adulthood in a rural setting.

A series of cookbooks

A review in the Dickinson, North Dakota, Press noted that "the 64-page hardcover books offer a wealth of good recipes – at least 30 in each book – which fill a void in general recipes using herbs. Herbal Breads features both yeast breads and quick breads packed with flavor, such as Thyme and Cheese Biscuits... "

Talk on language of an historical novel and book signing at Sheffield Historical Society, Sheffield, Massachusetts 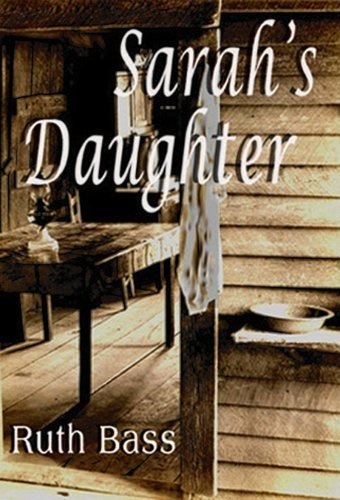 Copies are available from the author. E-mail ruthbass92@yahoo.com for details.
Loading…}